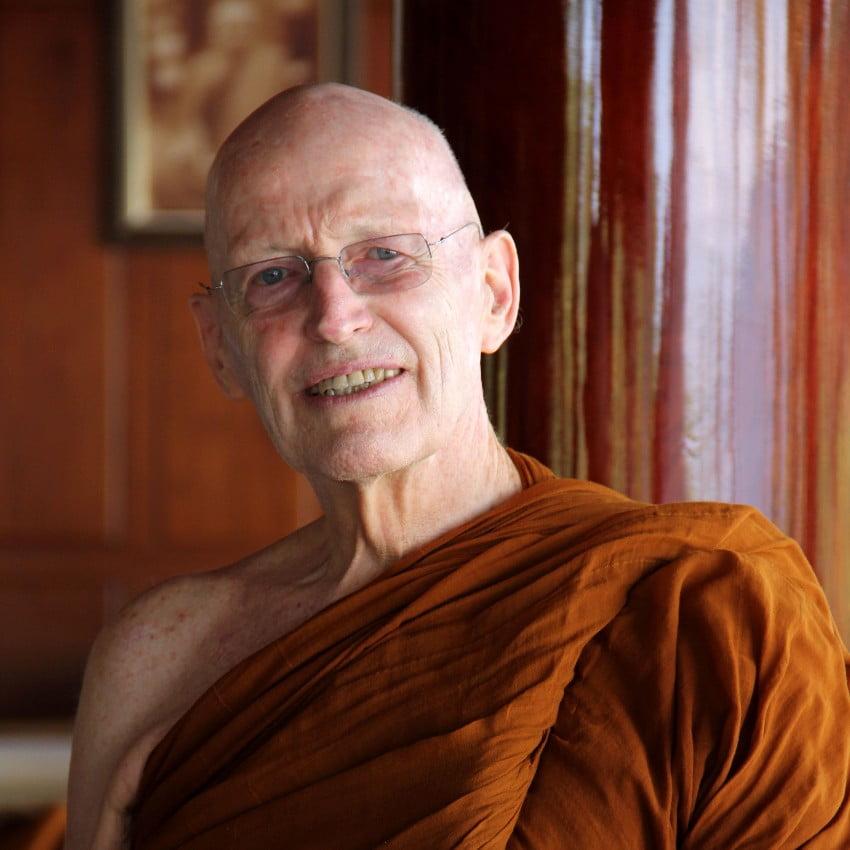 Luang Por Sumedho (Ajahn Sumedho) was born in Seattle, Washington in 1934. After serving four years in the US Navy as a medic, he completed a BA in Far Eastern Studies and a MA in South Asian Studies.

In 1966, he went to Thailand to practise meditation at Wat Mahathat in Bangkok. Not long afterwards he went forth as a novice monk in a remote part of the country, Nong Khai, and a year of solitary practice followed; he received full admission into the Sangha in 1967.

Although fruitful, the solitary practice showed him the need for a teacher who could more actively guide him. A fortuitous encounter with a visiting monk led him to Ubon province to practise with Venerable Ajahn Chah. He took dependence from Ajahn Chah and remained under his close guidance for ten years. In 1975, Luang Por Sumedho established Wat Pah Nanachat (International Forest Monastery) where Westerners could be trained in English. In 1977, he accompanied Ajahn Chah to England and took up residence at the Hampstead Vihara with three other monks.